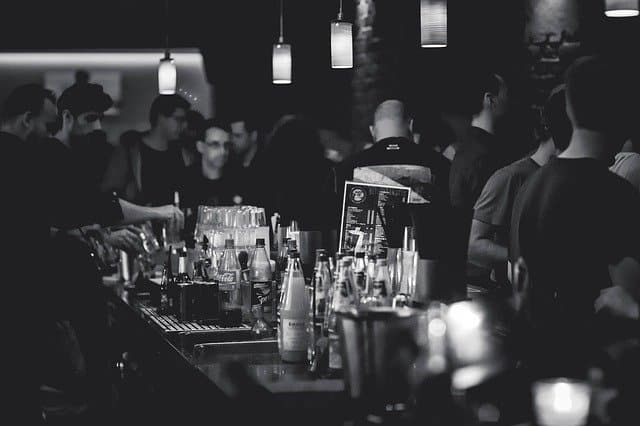 We all know and love the series 90-Day Fiancé, perhaps sometimes we even romanticize the experience, dreaming of what it would be like to take this chance in real life. Love abroad, just like at home can truly be a hit… or as my story will show below, a total miss!

For my 24th birthday, I traveled from England to the sunny state of California to celebrate my day with my closest friends. I stayed in my go-to city, the city of angels, and as an extrovert, clubbing is always a priority when I’m there.

By day, I was Maleeka, the curious tourist exploring California. By night, I was Melosa, the Duracell energy bunny on full, found either dancing on the tables or at the bar.

On my final weekend in LA, dressed in my playboy bunny silk dress and armed with my favorite pillow-box red lipstick I paid a visit to the Argyle club.

At the end of the night, after bouncing from table to table like a networking event.

As I began to gather my belongings to leave, I felt a tap on my shoulder. I turned around to a man draped in gold and silver chains who asked if I wished to join his table, which was heaving with bottles of alcohol. He escorted me and my friends over.

While danced I was approached by a gentleman from his table with a drawn Louisianan accent, apparently high on marijuana, asking me what my plans were after and if I was enjoying myself.

I dismissed his advances at first. However, seduced by the atmosphere of the club, I decided to give him some airtime.

Riding on a tide of fun and excitement, when the club doors closed, the gentleman swooped us away in his silver Lamborghini for something to eat. We ended the night with the best lobster and crab pizza. To the delight of my taste buds, this bizarre but wonderful combination remained on my mind.

After exchanging numbers, he dropped me and my friends home. I woke up the next morning to a screen full of missed calls. I dismissed his calls for the rest of the day to hang out with my friends, only choosing to respond back to him in the evening. He picked me up at 7 pm, In what would be our first sober conversation. His intrigue for my travel stories, my passions, and hobbies stood out to me. I asked him what his interests were, he told me that he did not have the time to pursue hobbies, as he works all of the time.

Was this the first red flag? Should I have noticed this warning sign?

Like a curious kid in a science museum, he came at me question after question. I will never forget the excitement and enthusiasm in his eyes. He looked at me like I was the only thing that mattered in the world. This snapshot stayed with me.

I asked him how he earned his living, he told me he owned two CBD businesses and took the liberty of showing me the Instagram pages. I believed him. On the following eve, I flew back to England.

We kept in touch. He messaged me every day, telling me longed to see me. At this point in my life, I had been feeling particularly adventurous, as I was going to give up everything to relocate to Canada on an IEC working holiday visa. I asked everyone around me, all my friends and close family members about the decision to go over to see him. They calmed my nerves, telling me If I didn’t take this chance, I would regret it for the rest of my life. In addition to that, I had friends there, so I knew that if shit hit the fan I would be able to go to them.

He purchased my ticket, and in just over a month I was in my Uber on my way to Heathrow airport.

At around 5 minutes from the airport Whitney Houston’s ‘Run to you’ started to play on the radio. This was the first time I had ever heard this song. It should have felt comforting, from the beautiful melodies and soulful lyrics, but I felt a particular type of uneasy feeling that made me want to turn around.

I ignored it and hopped on my flight.

When he met me at the airport, he was overjoyed to see me again, he drove me straight home and introduced me to his friends. Everyone treated me as though they had been expecting me, the joyful inquisition for my British culture filled the air for the night.

It seemed like it had only been 5 minutes until everything went pear-shaped (translation for Americans “went downhill.”)

He worked all day, I would only see him at night. The trip turned out to be a one-week-bender with a drug dealer. Turns out he sells weed illegally for a living. The only plus side to this was that his customers were wealthy folk in the Hills.

I still wonder to this day why he flew me from the other side of the world for that.

Expectations on either end can either be very low or very high, you’re pretty lucky if the frequency is the same on both ends. Dating, in general, is not easy, when you sprinkle a layer of distance on top, you encounter a whole new set of challenges. However, with great risk comes a great benefit. If you do not allow yourself to be vulnerable you may miss out on one of the most beautiful experiences you may ever have.

Whether the relationship works out or not, at least you’ll have, like I do, a fireside story and would have lived a life without wondering “what if?”

Formally, I am Maleeka Clarke-Tasheira, informally I go by my middle name Melosa. I am the world’s first space-focused travel blogger, and the founder of Jupiter’s Ascent. I take my passion for cosmology, planetary science, and ANYTHING space related to provide industry updates and to encourage conversations on the future of travel. The future of travel is out of this world, (literally) with Space tourism and Space colonization becoming the new norm for us. Let’s boldly go where no man (or woman) has gone before!

The wider focus of Jupiter’s Ascent seeks to illuminate and stimulate the mind when it comes to solo, unconventional and adventurous travel. The goal is to inspire, uplift, and empower individuals through my blogging and vlogging to break down the barriers of fear by sharing my raw travel experiences and opinions. The world is our oyster, there is so much to explore, it’s time to take charge!