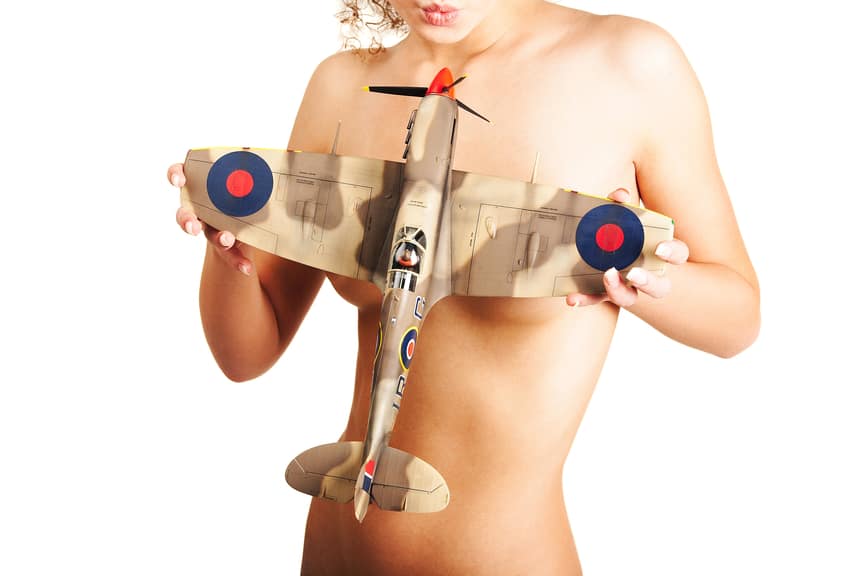 Random Facts About Me

First fact; that is not me in the photo.

I don’t look so hot naked on a plane.

Not that I wouldn’t be willing to bare it all, like if I was on a hijacked plane and thought it might distract the terrorists. You know, shock and awe tactics, and then I’d be called a hero.

If you’ve never heard of the term “catfished” in the context of online dating, it comes from the popular documentary film and MTV huge hit series, of the same name. What it means is being shocked as hell when the person who shows up for your date looks 10 years older, 100lbs more, or even a gender that is extremely different than the person you had a some very steamy phone conversations with.

You know, when there’s something really fishy going on.

So, purely for investigative purposes, I needed to explore and see how it feels to be a sexy blond with tight abs and teenybopper breasts bouncing off my chin. And having only one chin. Hence, the fake pic above.

My real pic is below.

Aww, sh*t, I did it again. That’s not my picture, either. But if I promise to go on a diet on Monday, I MIGHT look like that one day. With Facetune.

Aight, for real…this is me. 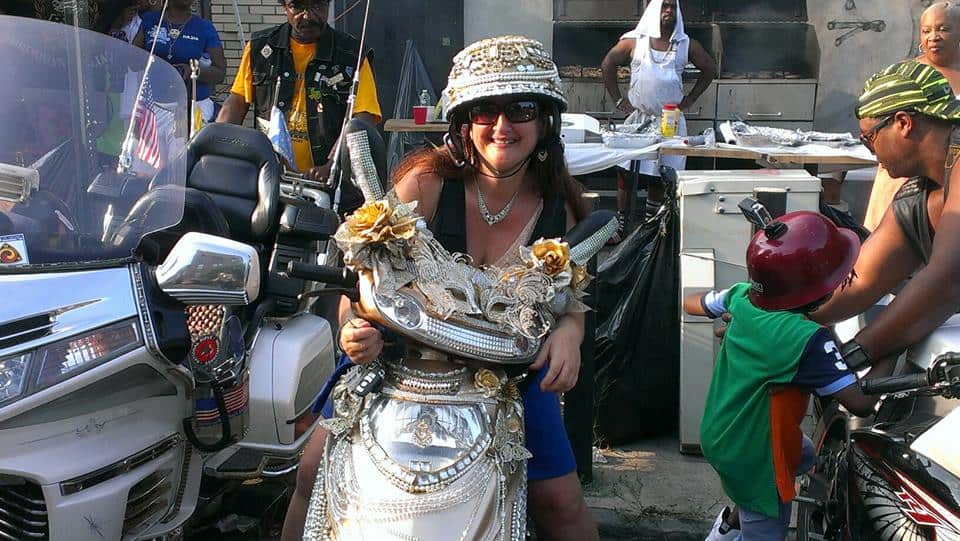 Without further ado (or bullsh*t), here are some weird, but true facts about me; 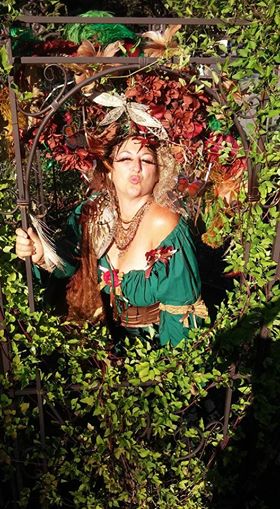 2. I once said yes to a guy who asked me on a blind date…

because the guy said my pic was beautiful. But when he showed up I realized he was actually blind. Not near sighted, not blind in one eye, not blinded by love at first sight. But blind as a f*cking bat blind.

I came to this conclusion because I suddenly gained amazing Ninja skills as he almost whacked me in the shins with a red-tipped cane, and my ultra-quick reflexes caused me to jump five feet in the air to avoid becoming the other half of a disabled power couple.

We had a cool time in spite of the fact that he’d catfished me. 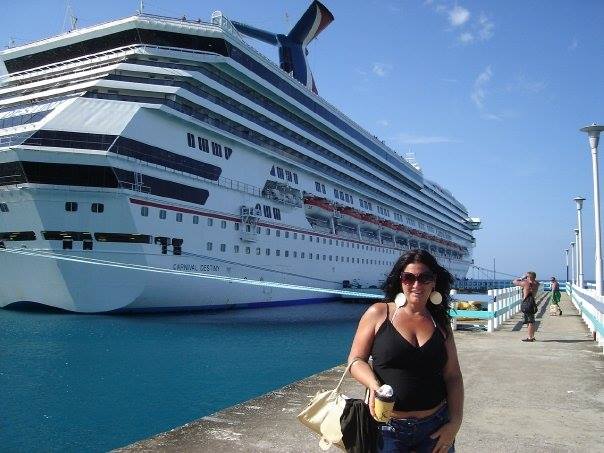 3. I once sang karaoke naked in front of 500 strangers.

But in my defense, it was worth the free press trip.

I’d been given a free, fully comped trip to a naturist resort, and since everyone there was also butt nekkid (and drunk), I figured they wouldn’t remember anyway.

4. I wanted to impress a guy I’d met online once who I was obsessed with. He took me to Mother, an alternative club in the MeatPacking District and told me he had a trampling fetish.

So, I closed my eyes and pretended I was Lucille Ball.

Just like when Lucy and Ethel stomped the grapes in a giant, wooden vat, I lifted my legs and started dancing on his d*ck.

I told myself that, like Jesus, I was going to save the crowd with an unlimited supply of holy wine if I just kept squishing. 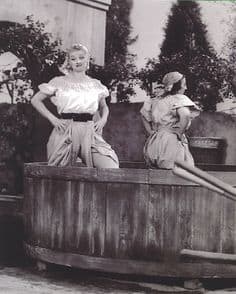 5. I pretended that I was BFF’s with Michael Jackson.

It was during an interview for a job as a casting director for a Bollywood film.

My job would be to hire 200 men as extras. The guy interviewing me suddenly interrupted me out of the blue, asking if I knew Michael Jackson.

Sheet…this job was too cool to pass up.

So, I kind of laughed did that weird head bobble thing I’d seen people in India do where the answer is never exactly clear.

Kind of a weird, nodding, shaking, shrugging of the shoulder movement that made me look like I have Terrets Syndrome. 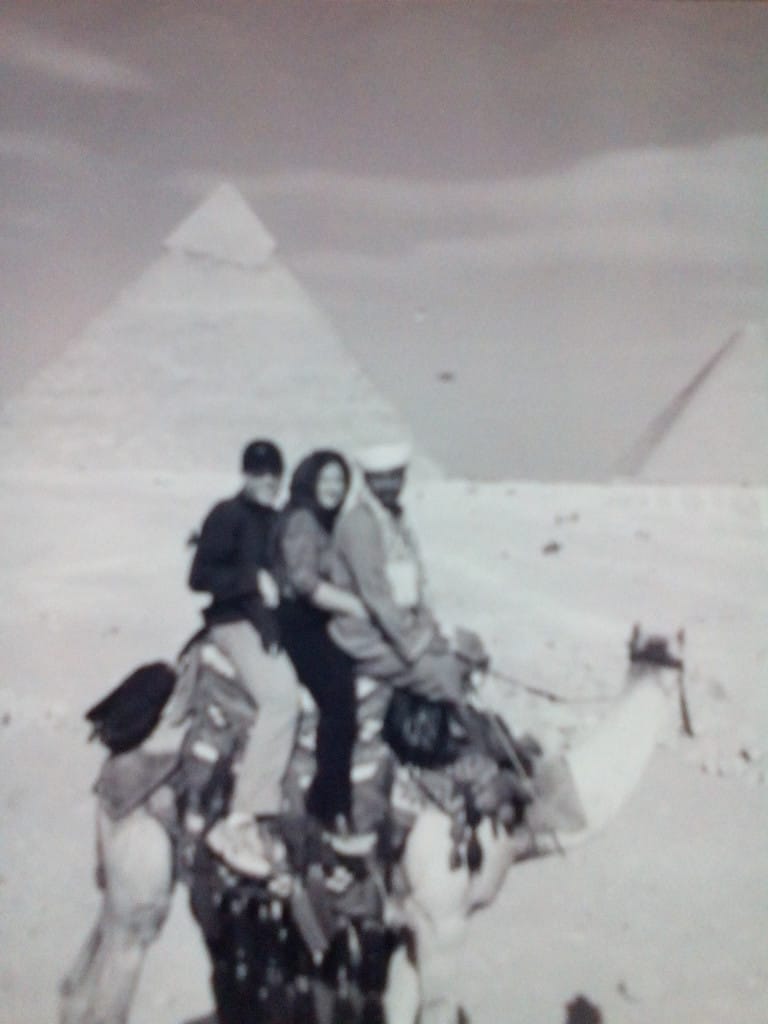 6. I once went on three dates speaking with a really bad, fake British accent…

but that’s because the guy thought I was from London, and if you ask me, it was kinda’ his fault.

We had met in line waiting for the bathroom at a nightclub the weekend before.

While standing in line, and my friend Jen and I had been practicing lines for a play we were in.

We were bored, (and possibly a bit inebriated) so we began speaking with Cockney accents.

This really cute guy was walking by and overheard us, and introduced himself yelling,

Well, both the hair and the accent were fake, but

what was a girl to do, destroy the man’s dreams? 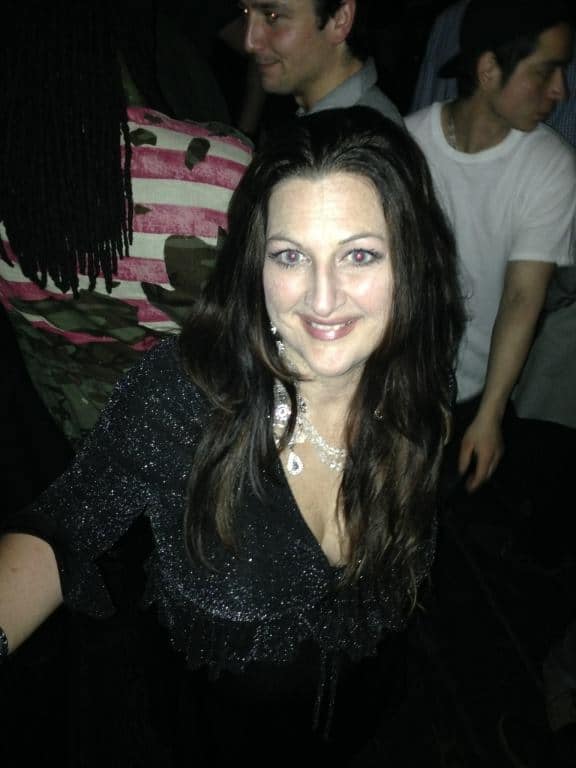 by owning a massive stiletto collection, but haven’t quite fooled anyone yet.

Except for the crazy part.

But I love dressing in costumes and going to Renaissance Faires and hanging out with other nerds who are brilliant and geeky and history buffs who have actually read books about the Renaissance period. And they not only know the actual dates of medieval and renaissance periods and details about the wars and sh*t, they can speak with real British accents. 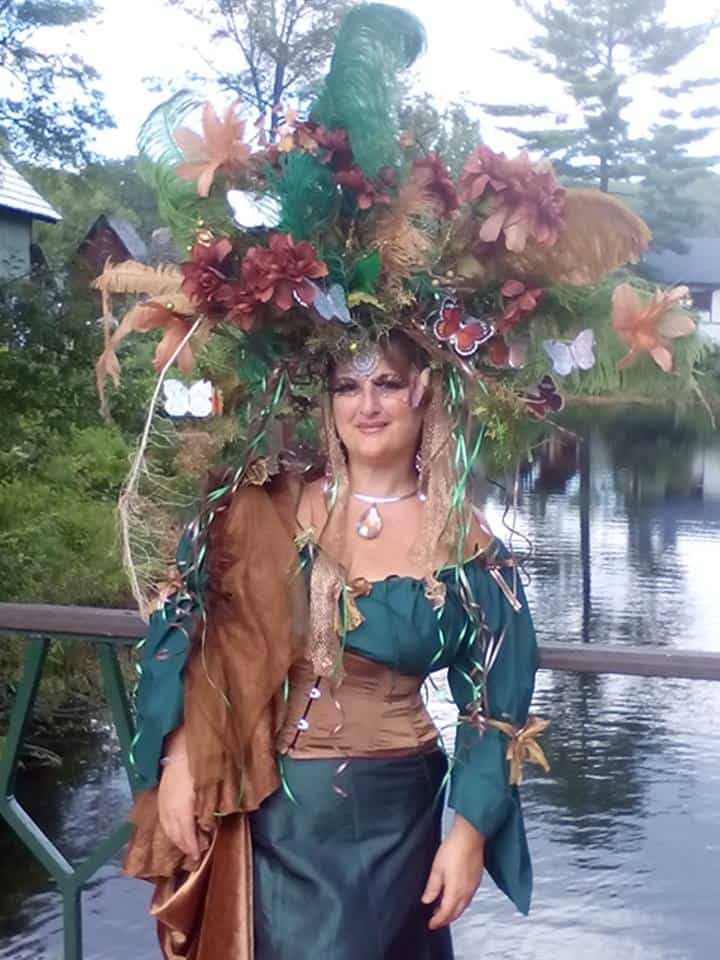 8. I got kicked out of an art therapy class because I drew a picture of Jesus.

With dreadlocks and a very dark tan.

The Orthodox Jewish instructor was not amused.

Look, in the Bible it says he had “wooly hair”.  I got pretty tan when I was in Egypt.  Plus, Adam and Eve were naked, right?

Did they even have brushes back then? 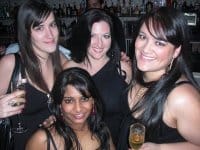 9. I never did drugs and never inhaled. But…

once after I had visited Jamaica many times my friend Jackie demanded,

(You think my British accent is bad, you should hear my Jamaican one.)

So I did and I insisted, “See; nothing. I’m just naturally high.”

I then proceeded to grab a quick lunch at the Chinese restaurant.

I ordered an entree. Then, a wonton soup. Then an egg roll. Then some chicken wings.

Then noticed they offered pupu platters with a little bit of everything.

When the waitress raised her eyebrow and exclaimed, “And you’re not expecting anyone else?!”

I replied, “No, but whatever I don’t eat I’ll just take home for dinner.”

My doggy bag contained half an egg roll. 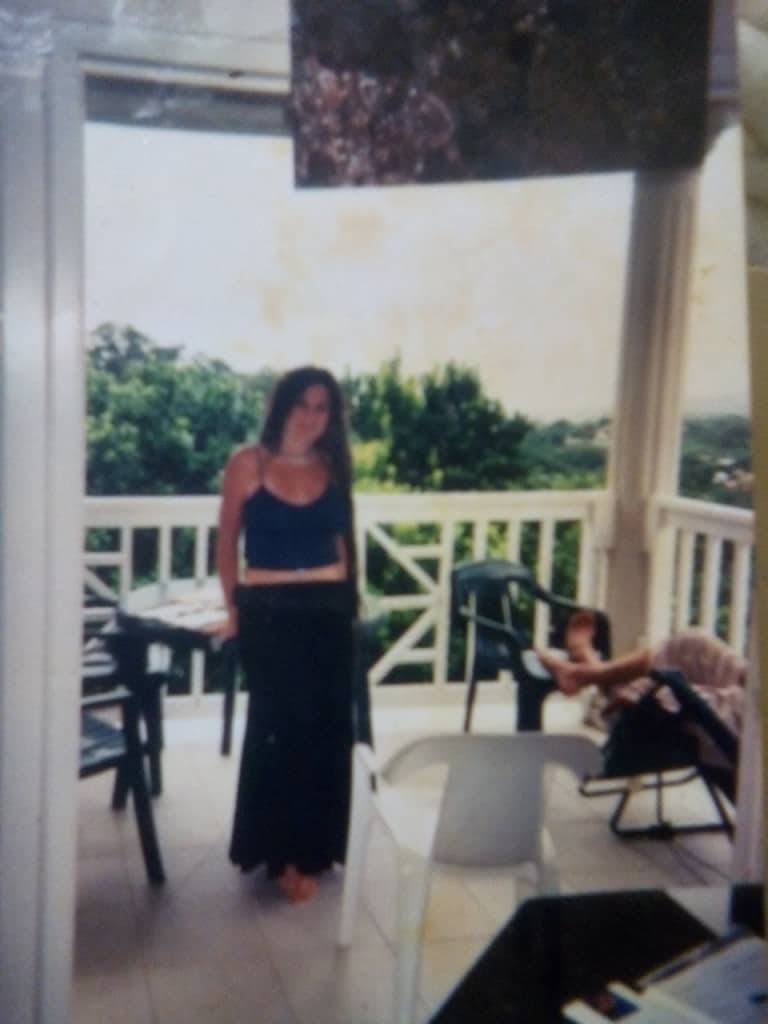 This IS me, but when I was in Jamaica eating only raw foods and walking miles and miles every day.

Posting it here to inspire and motivate myself to eat healthy and get in shape again.

And because I’m starting to like this catfish stuff. 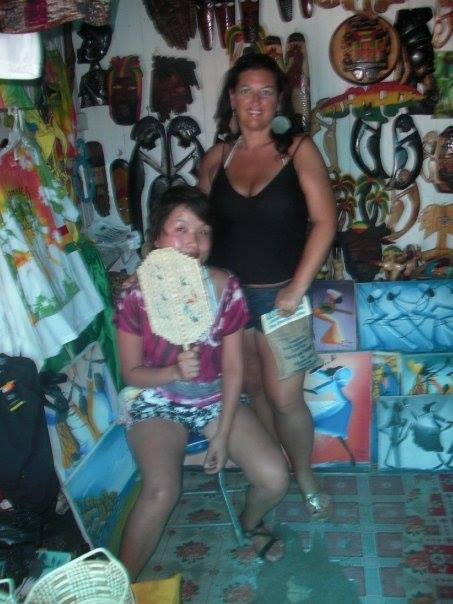 10. I suck at completing lists. 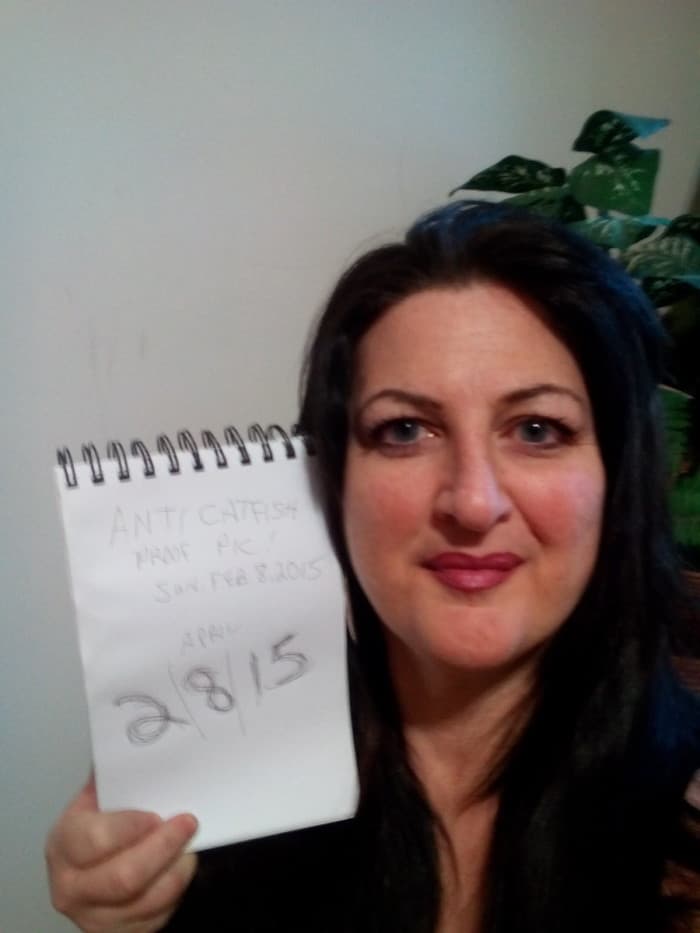 To read more about who April Hope is and why you should fall in love with her, marry her and fly her around the world first class on your private jet,  click here.

What are some weird, random facts about you?

Have you ever been to a naturist resort? Really…I’m the ONLY one? Come on…you can even comment below anonymously.

Have you ever gone on a free press trip or been given a comp as a writer/ photographer and regretted it?