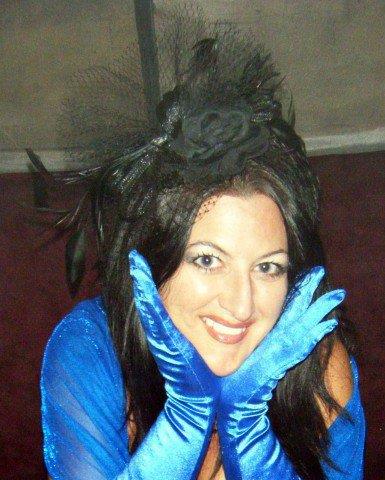 I have never liked the term, “Cougar”. Women are already constantly referred to as animals by men all the time, from “foxes” to “chicks” to “bitches”, so we do not need to be called animals because we choose to date a younger man. After all, men do it all the time, and what are they called? “Dirty old men,” but that’s considered a compliment.

But anyway, I digress.

I have been approached by many, many younger men in almost every country I have visited or lived in. But there was one time I decided to say fuck it and give it a try.

In my defense, I had not dated in many years (I tend to take breaks from the dating scene when I find myself attracting less than desirable men because I know it is about ME and my energy, and I have always been able to have more clarity when my mind is not blocked or clouded by traitorous pheromones or hormones or whatever the fuck happens when I’m getting good (or any) dick.

The point is, I had not gotten any for awhile, and I certainly was not feeling desperate for a man. My life was going pretty well and I was beginning to have success and abundance and felt fairly confident.

So I was floored when I quickly realized the huge mistake I had made, falling for a child less than half my age. Yikes.

We initially met online in a travel group, and although I insisted I had no desire or intention of dating a man from another country, or any man at that time, really, since I was focused on my career, he wore me down.

I ignored his messages where he shared his biggest dream; to move to America. Boy, please. But our friendship grew. And one day a few weeks after I arrived in his country, we met in person.

He wasn’t particularly attractive. Not unattractive, just not my usual type at all. Not very tall. Incredibly intelligent, which was sexy, and sweet (in the beginning), but broke as a mutha’. Got fired from his first job a week or so after we met, and although he loudly proclaimed he would “never allow a woman to pay for anything for him” because he was too proud, of course he let me.

Somehow, I fell for him.

He seemed smitten with me, and declared he would “Never leave you, I will fight till the end for you, no matter what!”

“Really? Even if I have bad moods and hormonal swings?”

“Well, what if I’m not perfectly submissive?”

“I will teach you to please me.”

“But what if I cannot have children?”

“I do not want children.”

“But what if I get even fatter because I have a food addiction?”

“I will become your addiction! I will help you and take care of you and pay all the bills and be the daddy you never had.”

“But what if I did something really bad, like kissed another man?”

“Then I will punish you and tie you up and make love to you so you will never think of another man except me.”

My sick mind loved that.

“But what if I fucked another man?”

“You will never want another man when you have me. But if you did, then I would leave you.”

And with those words, he had me.

My abandonment issues run hard and deep due to being abandoned by a father who “went out for milk and never came back” when I was a newborn. So his declarations of never leaving unless I fucked somebody sealed the deal, because my sense of loyalty and commitment would make a mafia kingpin drool.

I was a goner.

I ignored the red flags. I ignored the signs that pointed to the impossibility of our relationship working. His age. His religion. His financial situation. The cultural, language, and communication issues and differences. The fact that he lived with his parents.

He vowed that he would “never ever use any woman for a green card”, then talked about marrying me nonstop.

Him being a good Muslim, he swore he’d never drank, did drugs, and was still a virgin.

But the first night we spent together at a friend’s party, he suddenly decided to indulge not only in alcohol, but smoked a few joints as well. And no coughing. Then proceeded to tell me that although he had agreed we could wait until marriage, wanted to fuck because he really loved me. Yeah, no.

Things went downhill from there. Here’s a brief summary of the final days of the war that ensued when I refused to:

The final straw was when I went to a bar with my sister and some female friends. It was not the first time I’d gone to a bar, but even though I don’t drink and didn’t flirt with men, he was furious.

Gaslighting is a new term I learned about because of this boy who may be young and immature, but far more clever than I when it comes to psychological warfare.

I was no match for this child.

We broke up multiple times when I was not the perfect “slave” for him. A term I nervously laughed at but hoped he meant something similar to the “50 Shades” type of sex slave you tie up and fondle in the bedroom behind closed doors. But nah…he meant slave, slave.

Hey, I’m no victim. I’m a grown woman and I fully participated in his sick games. I own my shit. But after the final bad girl moments where I hung out with my sister, the real war began.

He was absolutely furious.

I never stood a chance.

The rage and anger rained upon me until I could not take it anymore, and finally after he told me he had a fiance less than a week after we broke up, I gave up and ended things.

That’s when the fun began.

Finally, the ex was blocked on What’sApp. His harassment and verbal abuse continued.

I replied by saying, “I have no idea where this rage or hatred comes from, but I’m guessing it’s because you said you were pretty abused by your father, so I just want to say I’m really sorry for any hurt I’ve caused you, but I’m still not quite sure what I’ve done. Anyway, let’s please part on a positive note. I pray you find immense success, happiness and someone who will be a better match for you.”

Well…the part about wanting a rich man has always been a secret desire of mine after watching “Pretty Woman”, but since my ex was a broke, unemployed spoiled child, not sure how he figured out my secret.

I’d just had another birthday, so the “old” part didn’t really bother me. I mostly accept my wrinkles and chubby body.

But the rest did start to do a number on my self-esteem.

I was beaten, bloodied, and heartbroken.

But before I could figure out how to block people on the dating site, I couldn’t resist sending one last response. I know, I know…but I had tried kindness and empathy and love and peaceful responses, but I was no match for this terrorist who admitted he had “used dark, psychological tactics to manipulate and never had any intentions of breaking up for good…just did it to make you beg me to take you back”.

There were many things I changed once I met that boy. I’d lost all my values and integrity from the minute I stepped foot in that country. But I used to be tough, after all, I’m from Brooklyn.

I needed to go down swinging.

“Well, you’ve said all of these things before, and to be honest, they’re getting boring. Do you have any NEW insults? Otherwise, can we just end this and move on?”

The shit was seriously funny to me. I’ve always hated my body, hated my big nose, hated my fat cheeks…but the one thing I’ve loved, pretty much the only thing I’ve ever loved about myself were my little lips. I’d had many people tell me they loved my lips, that I had the perfect little mouth, that they liked my smile. In fact, many people say I remind them of, not that I look like, but that I remind them of Drew Barrymore because of my mouth. So, I have always liked my lips. Poor boy just chose the worst thing to pick on.

I laughed my ass off at his childish attempt to humiliate and degrade me. But mostly at myself for having dated a younger, and very immature boy. In the words of a very wise woman who I love dearly, “If I could have given birth to him, I won’t fuck him.”

Do not sympathize with me. This was a HUGE lesson I needed. I am now taking a dating hiatus once again, this time I will only break it with a serious, unmistakable sign from God. So, thank you, Creator, for shining a flashlight on my own flaws.

And thank you for giving me the prettiest damn cupid’s bow, pink lips on the planet.

What about you? Have you ever dated someone much younger (or older)?

Have you ever dated someone who “gaslighted” you or was really verbally abusive? Please share your experience in the comments below.