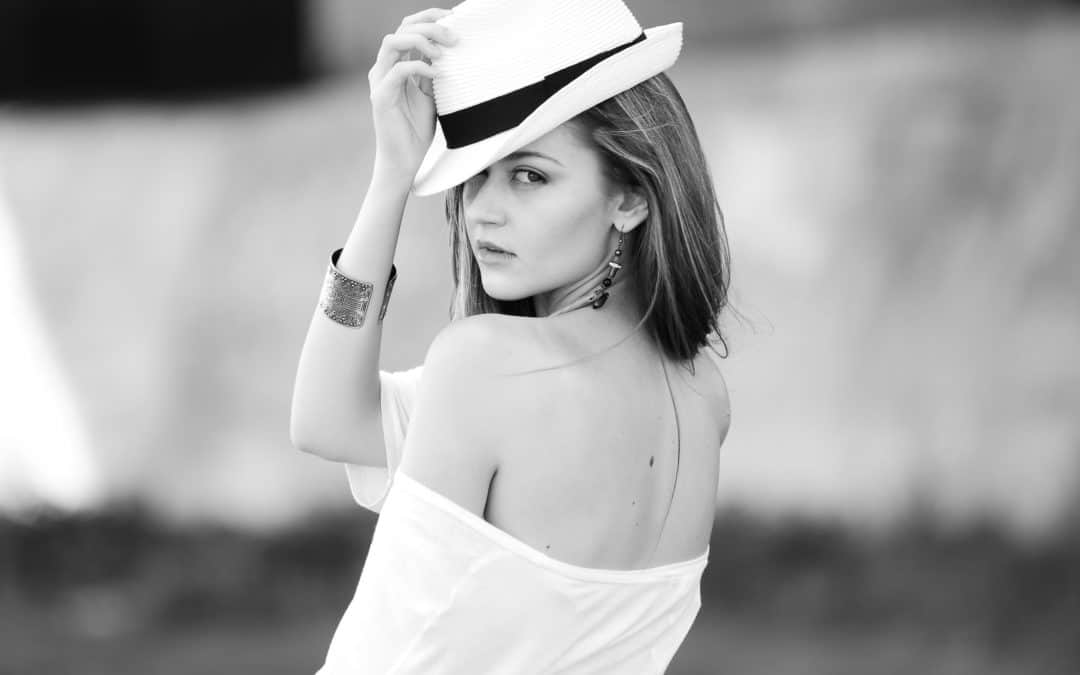 It was 6:28, about the time each night when tourists and locals stop what they’re doing to turn and watch the magnificence of the sun setting over the ocean. Whether they’re swimming or getting drunk at Margaritaville or dancing to Bob Marley tunes, or selling shell necklaces made in China, all activity halts abruptly, as if in Egypt when suddenly the call to prayer is heard and obeyed. All turn to face the sun. A perfect end to a perfect day in paradise. 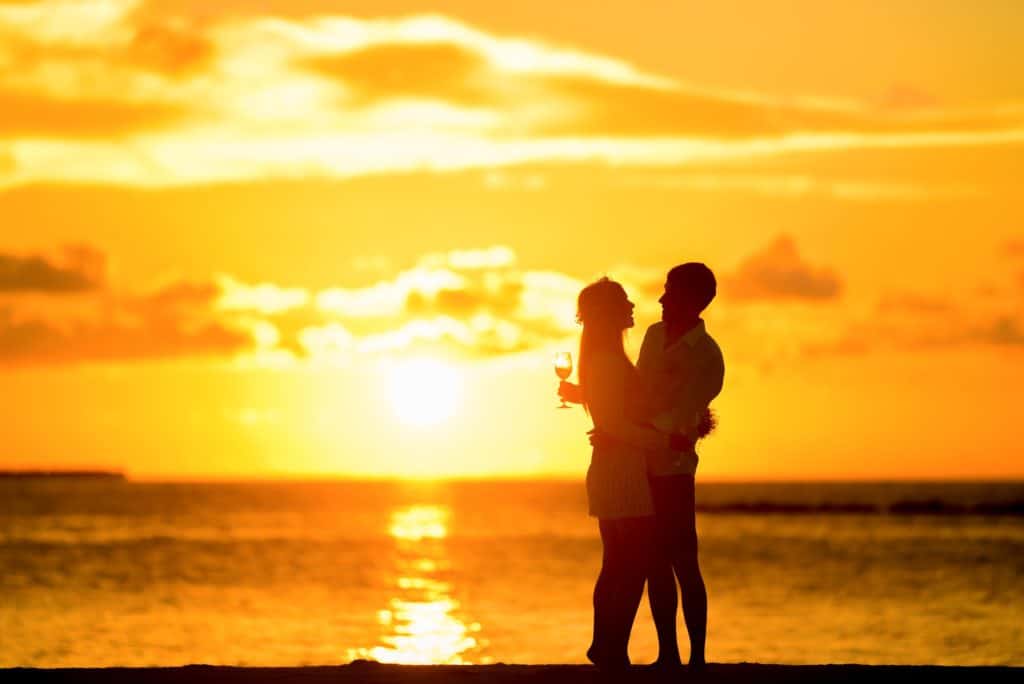 The hues of orange, yellow and pink that illuminate the sky as the sun starts its descent below the horizon is exquisite. It makes you stop and reflect, to contemplate the world around you, making you feel alive and warm and tingly, especially when you’re sitting close to someone you love.

I was standing on my roof-top terrace. Alone.

I loved this house, set a few miles away from Norman Manley Boulevard, or “beach road”, and the hundreds of resorts and bars. My rented place was on a hill that I pretended was a mountain, close enough to the action, but secluded behind a world of trees and secret gardens of marijuana and tomatoes and peppers and bamboo bungalows. I was isolated and alone in that house far from the main road.

I, too, turned toward the sea to watch the sunset a bit to my left, while at the same time, in what appeared to be the middle of a brilliant, bright, clear day, I saw a full moon competing with the sun, preparing for night. 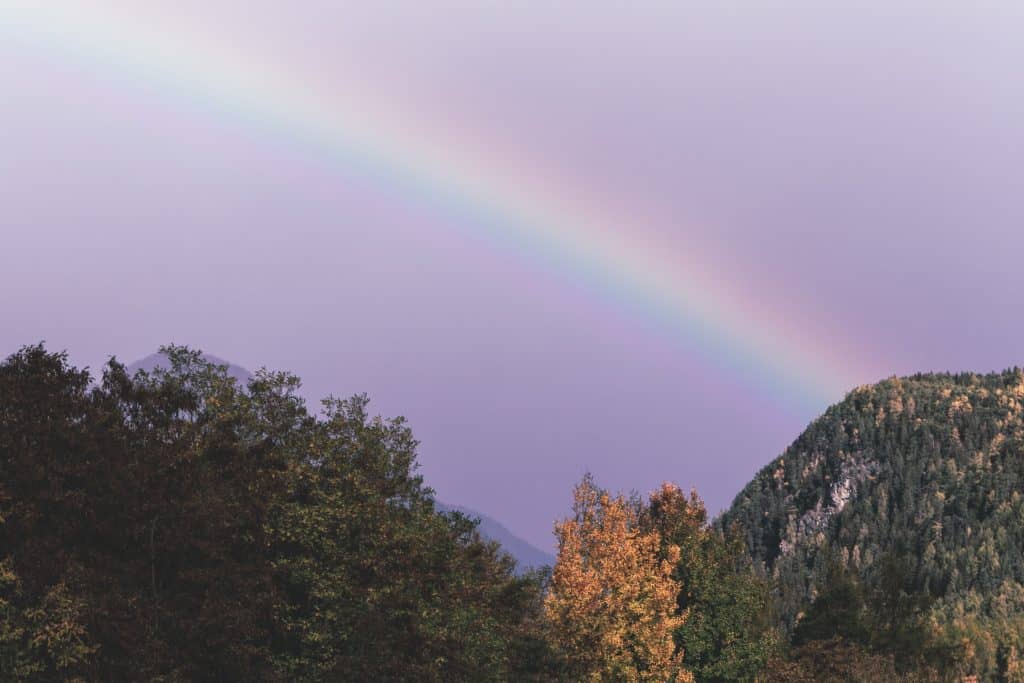 Behind me were dark clouds, and I felt relief from the heat from a quick sun-shower on my back. Suddenly, there appeared a double rainbow to my right toward the center of Negril. As if God was washing away our sins from the night before, when those of us who could not afford Hedonism in the West End, headed to MiYard, the 24/7 bar/ snack shack that was frequented by “rastitutes”, or “rent-a-dreads”, as locals dubbed them, beach boys who preyed on older, overweight, middle-aged divorces “from foreign” who flocked to Jamaica each year, desperately searching for the love, and sex, they longed for and rarely found in America or Europe. 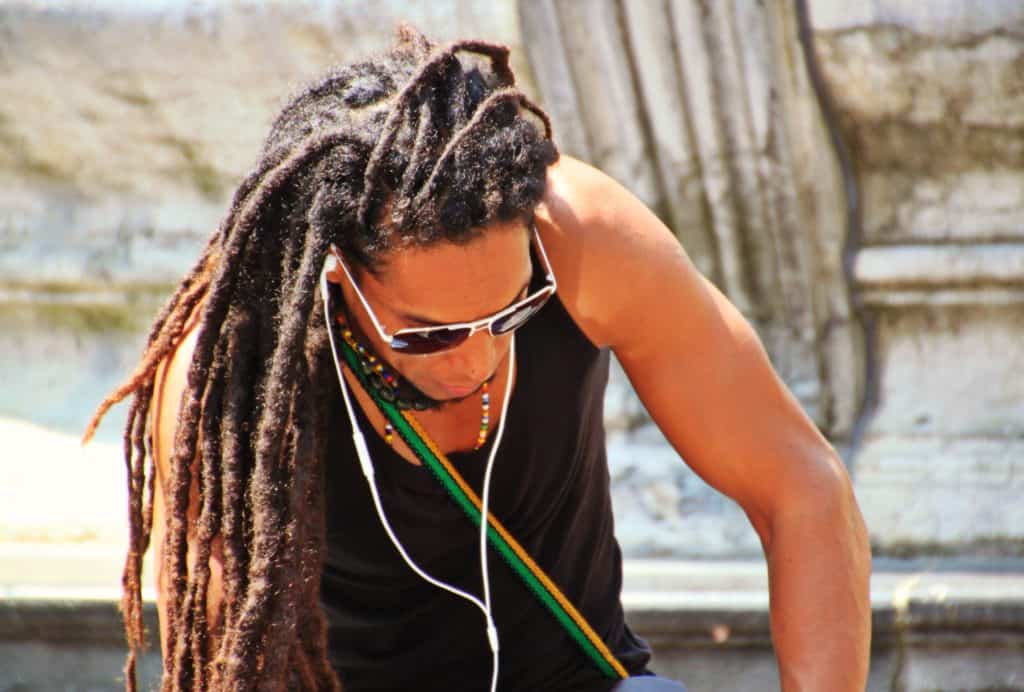 I, too, had found a lover in Negril. I swore he was “different”. Younger. Sweet. Romantic. Incredibly handsome. And of course, broke. Loudly insisting each day that he was “a kingman,” and would never want a woman to take care of him, only to share his woes with me in the odd hours of the morning after we’d made love all night. If only he could join a reggae band, or maybe, sell “ganja” to tourists, he said. If only he could live in America, and become rich like all Americans were, he yelled.

If only he could actually play guitar or sing, I thought, but never said. 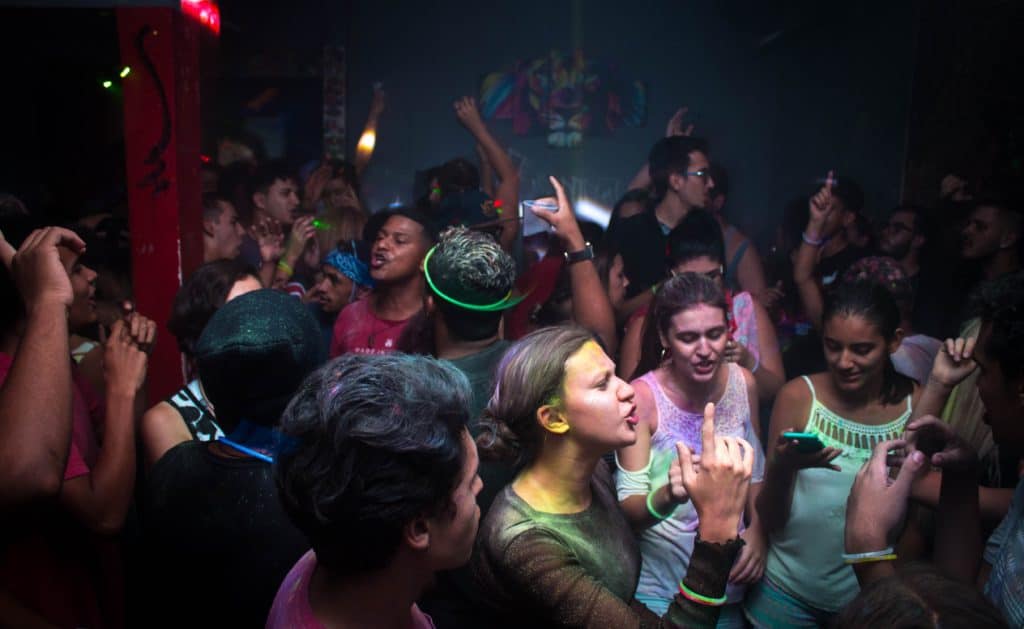 So I stood there, looking out at the sunset, recalling the night before when I’d partied at “The Jungle”, Negril’s hottest (and only) nightclub. A large group of us had grinded up against each other all night, laughing, dancing, drinking, smoking, looking for trouble.

I was young and thin and beautiful, and I was in paradise.

But this was the next night, and I stood there, paralyzed, staring this double rainbow that I’d always thought only happened in fairy tales, marveling at the brilliant colors lighting up the sky, wondering why the fuck was I alone once again. 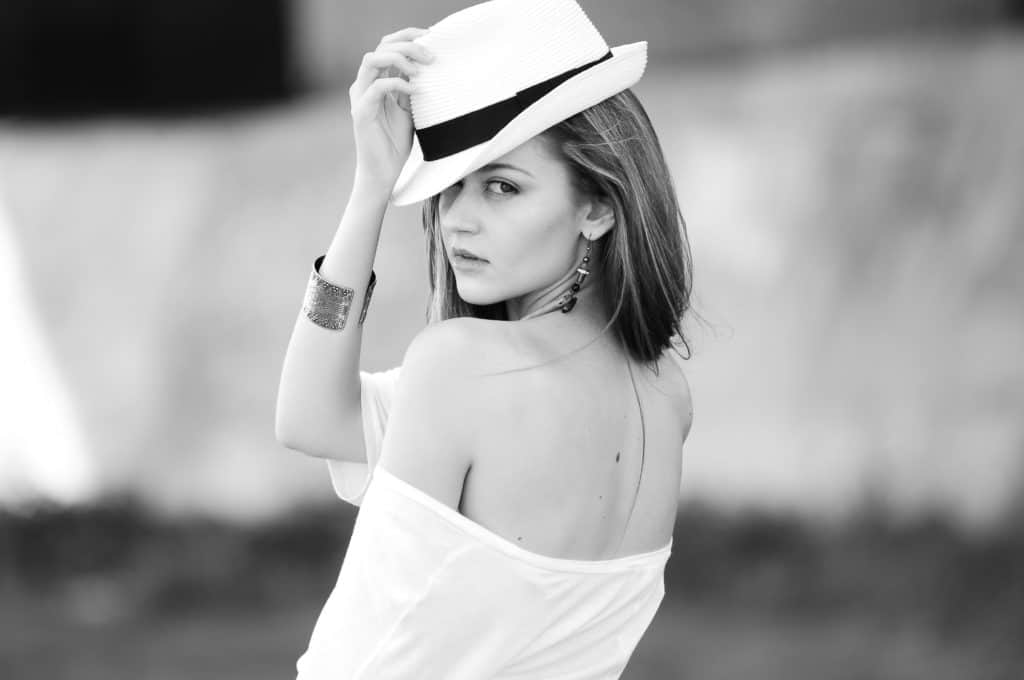 The was just one of many, many lonely nights as I finished school and embarked on a career as a location independent travel blogger.

Oh, I met people. I had friends all over the world. I danced, laughed, partied and worked my ass off around India, Egypt, Paris, and London. I traveled all over the world, living a sexy, glamorous, crazy life that jet-setters would be envious of. But the seemingly never-ending parties and laughter always ended eventually. The fast and furious holiday romances quickly died out when the money or the dream of going to America was gone.

But mostly, when I had to go home.

Sure, I had a lot of fun while traveling. I’d met a world of new friends from many different countries.

But I was often lonely af.

Sure, I met guys. Plenty of guys. I lived in NYC. I was on a bunch of dating sites and apps. I had lots of friends. And I met guys while traveling. But when you’re a traveler you never know for sure if a guy from another country is really looking for a green card, money, or sex.

So I thought maybe I should stick to dating guys back home. After all, I live in NYC where there are over nine million people. Take out the married guys, the gays, and the metro-sexuals who don’t know what the fuck they want, and there are still plenty to choose from.

But guys back home get a two-week vacation once a year. They do not want to hear that you’re going to St. Thomas, or St. John, or Miami for the weekend. And they certainly aren’t going to stick around when you’re going to Asia for a month or two.

Even the men that aren’t insecure and don’t think you’re going to fuck around while you’re “on vacation” get annoyed that you’re, “Going away, again?!”.

A typical type of conversation goes something like this;

“So, what do you have, a sugar daddy who pays for all these trips?”

“Wow, it must be nice to sit around on the beach and get drunk all day and get paid for it.” This is from guys who know I don’t drink. And worst of all;

“Look, I’m not a rich guy. I can’t just leave my job and go on holidays all the time. Maybe you should find a retired old guy who can travel with you.” 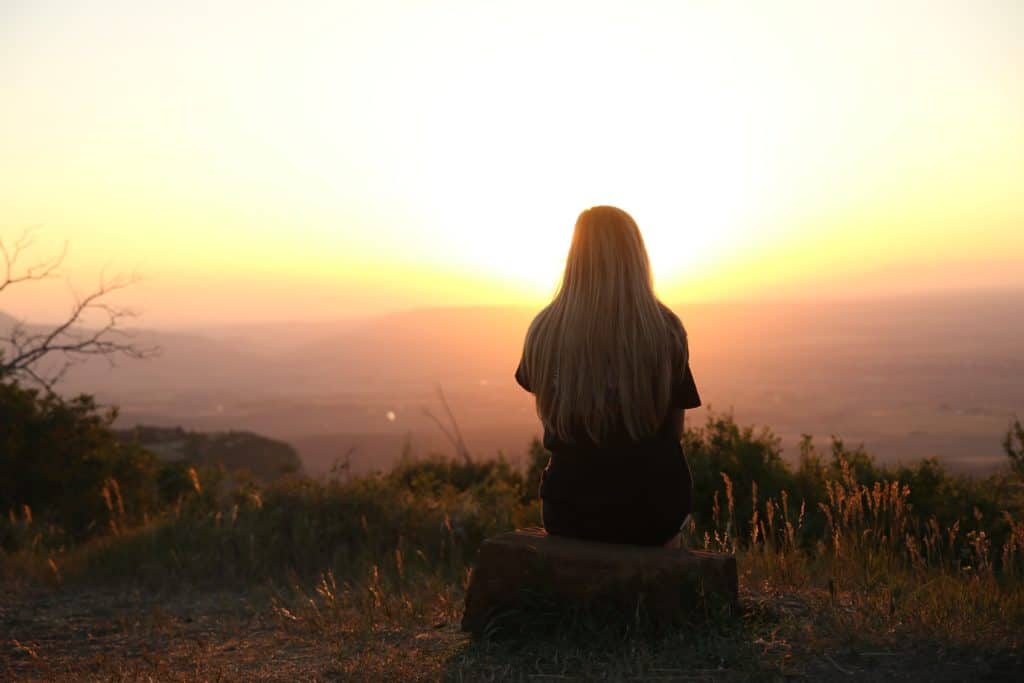 But even when you’re in a place like NYC with millions of people and parties and long time friends you see all the time, living the life of a digital nomad can be excruciatingly, painfully lonely.

There are challenges one faces. Emotional pitfalls, social sacrifices, jealousy from friends and family members add to the pain. Questions like, “Aren’t you ever going to settle down?” “Don’t you wish you owned a house or a car?” Or, “Oh my God, you’re leaving your dog at home with your friend?” even when asked in a loving tone from well-meaning friends still sting, adding to the feeling of loneliness when no one really gets it.

But to many, my life seems like a dream come true. My sister had five kids and a damn Noah’s Ark full of grandchildren, and I know she secretly wished she could escape once in awhile to be alone. It does sound like the perfect life. So I’ve avoided writing this for a long, long time.

I know I’m privileged. I know people would kill to have an exciting life filled with adventure and experiences like going to a secret Nya Binghy on the top of a mountain miles away from Kingston, staying in opulent palaces and meeting Bollywood movie stars in India, visiting the ancient pyramids of Giza, exploring kasbahs and going on camel treks in the Sahara Desert, and scuba diving and swimming with sharks in Trinidad and The Red Sea. I get excited even as I write this.

I’ve crossed off hundreds of items from multiple bucket lists.

But recently, I lay down outside of a fabulous, private, luxury tent in Zagora in the middle of the desert in Morocco. I looked up at the sky where thousands and thousands of stars were visible, and once again the feeling of profound loneliness swallowed me. 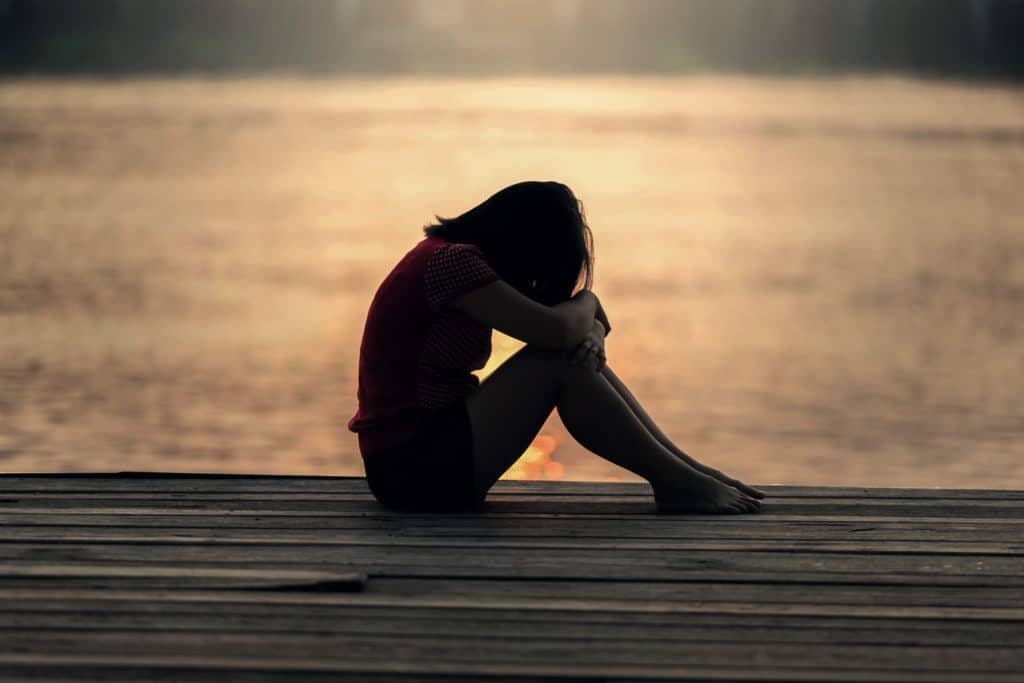 Immediately that feeling of panic and desperation engulfed me, and wild, irrational thoughts of wishing I had someone, anyone to fuck me to bury the emotion I rarely allowed to surface made me stop breathing for a moment. But then, I admitted to myself that it was not sex that I missed. No penis had ever really been able to quench that thirst, that hunger, that desire for human connection. In fact, I remembered being lonely even when I was married many years ago. No, dick would not cure what ailed me.

I pushed aside tears of self pity and sadness and tried to console myself by remembering that this, too shall pass. It always does.

I try to focus on being grateful for the life I have. I’m living the dream. Every five minutes on Facebook or Youtube or Instagram, there’s an ad about how you, too can live an incredibly life as a digital nomad, to be location independence, not only making a shit ton of money, but amassing an enormous wealth of experiences through travel and adventure rather than buying or collecting material things.

There are friendships and intimate relationships with people from around the world, maintained by publicly sharing photos and tags and Likes and comments, and memories in foreign places, once upon a time. Yet, in spite of the abundance of photos and public “proof”, our connections, lack that emotional depth and bond that comes with shared struggle and obstacles and life’s important moments. Mostly because we lack the same old boring routine we might have had back “home” (for the few of us who still maintain an actual, physical place we call “home”, and when we do have trials and tribulations and even celebrations, we are usually somewhere far from our “friends”. 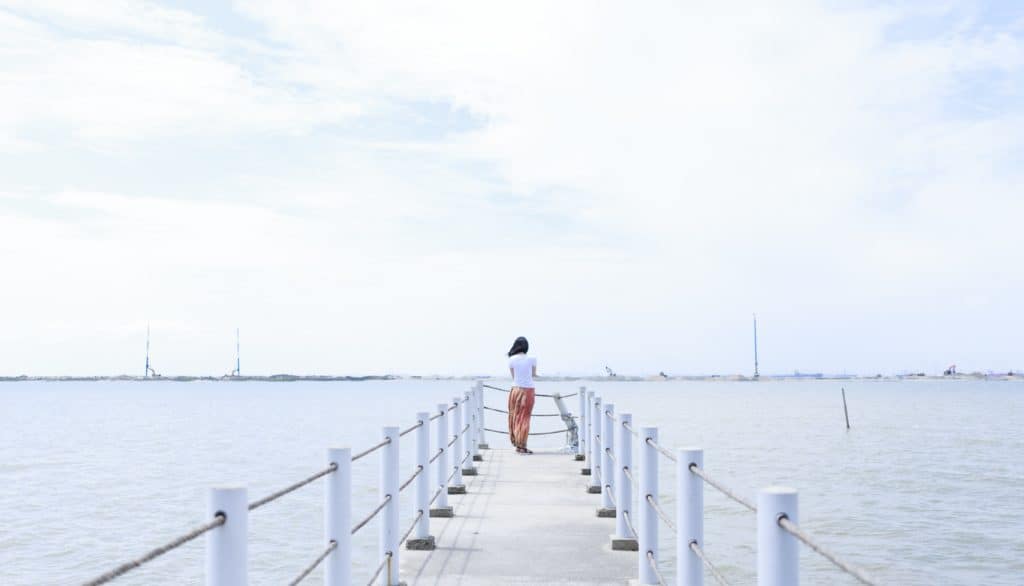 I have no right to complain. I have lived a life I”d never imagined. I live a fairy tale. But I’ve paid a huge price for this privilege. The fairy tale is me locked away in a high tower of an impenetrable stone castle, with no way in or out. I am isolated from the rest of the world, longing for some small connection.

There are pros and cons of being a blogger or location independent remote worker. But loneliness is a feeling that most of us can relate to, no matter where we work. It comes. It goes. The feeling will pass. There will be more fun, more adventure. More parties.  Perhaps less so now that I am older, but the dancing and laughing and singing with strangers and friends I’ll meet during my travels will always be there when I want them.

And one day, maybe I will find love.

Have you ever felt lonely while traveling? Share your comments below.

Also, check out this article I wrote, called 9 Ways to Avoid Loneliness as a Digital Nomad Traveler.