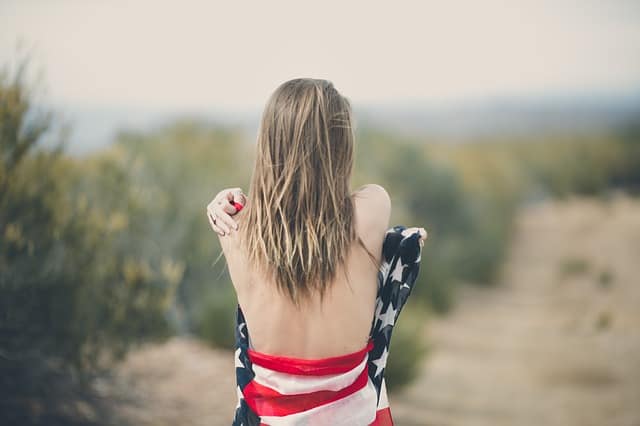 I was thrilled to be going to Morocco again. I had been invited by Amar, the owner of a tour company, Morocco Planet, to discuss working together.

Owners of tour companies and tourism boards often invite writers, bloggers, and influencers to visit and to experience tours. So when Amar insisted he would pay for my flight, and arrange for me to go on a tour with him, I was thrilled to be collaborating and to return to Morocco. In exchange, I would feature his tour company on my website, and he explained that if I was impressed with his tour, he wanted me to consider partnering with him.

I was a bit nervous about this Chinese thing called “corona” I’d been hearing about, but although I felt silly buying a bunch of hand sanitizers and gloves and a mask, I figured I would be fine as long as I took precautions. Besides, there weren’t any cases in Morocco. It was in China, right?

I arrived in Marrakech the second week of March. It was almost midnight, but Amar never showed up. He never answered my calls or texts, and as I stood there with my bags in the middle of the airport, I tried not to panic.

My main goal for this website is to teach women to always have a Plan B in order to stay as safe as possible. I try to always have options in case things go wrong. So after a few phone calls, I found alternate accommodations for one night at a camp fairly close to Marrakech in the Agafay Desert.

Shortly after I arrived, so did the first corona case.

The Moroccan government immediately shut down the borders; there were no flights, ferries, cars, or boats in or out of Morocco. All hotels, riads, and desert camps were abruptly closed. Thousands of foreign tourists found themselves stranded with no way home.

Locals were panicking, unsure of whether tourists had covid-19. They were afraid of exposing their children and family members to this strange new virus. Property owners were informed by their neighbors that anyone allowing tourists into their homes would not be tolerated.

People were desperate to protect their families.

I had no idea what I was going to do, no idea where I was going to stay, or how long the little money I had was going to last. While family and friends back home were stocking up on toilet paper, I was worried whether supermarkets would run out of food.

I was absolutely terrified.

I imagined mass chaos and a sci-fi like Armageddon about to explode at any time. Rumors were circulating that Moroccans would become furious at tourists from bringing the virus that was starting to kill their loved ones, and how they might retaliate.

I knew Moroccans were good people, and I brushed aside the possibility that locals would harm foreigners.

But the rumors persisted, and several articles told of at least one tourist who had been attacked as men screamed, “Corona!”

Over the next few months, I survived. Somehow by the grace of God, I managed to exist, day by day, minute by minute.

At the beginning of the lockdown, I found a small, simple house in a quiet, poor village less than an hour from the city.

At first, there was no western toilet, only a hole in the floor, and running water from a well shared with the entire village was turned on for only a few minutes a day at random, unexpected times.

It’s not an easy life for Moroccans who live here, especially for the women. This is a common lifestyle in Moroccan village homes.

I was grateful simply to have a place to stay until I could get permission to move to the city, closer to the hospital, and to have access to a phone and more reliable wifi.

I felt as if I were sleepwalking each day, vacillating between taking selfies of fake smiles for Facebook to calm the fears of my mother and sister, and crying non-stop for hours.

I was constantly filled with fear about money, food, and whether I would ever be able to return home, and I was ashamed that I had put myself in this situation.

I was mentally exhausted, and battling depression. My moods swung rapidly from managing to cling to hope, to being filled with hopelessness and despair.

And yet, my posts continued to praise Morocco, and the famous Moroccan hospitality.

I didn’t lie. I love the place I’ve come to think of as my second home. I felt lucky in some ways as the numbers of Covid 19 cases in America and around the world rose exponentially.

I watched helplessly as my government did almost nothing to curb the deaths and the spread of the virus. I was suffering, but at least I felt safe from corona.

And then, I got sick.

I had all of the symptoms of covid 19, but with no hospital or doctors nearby, and no phone service to call anyone, there was nothing to do but wait it out.

Plus, I was afraid of getting even sicker by being at a hospital where death was almost inevitable. I waited it out, praying each day to get better.

Eventually, after a few months, I finally got permission to move to Marrakech.

For the remainder of my time there, I bounced around, grateful when supermarkets and cafes slowly began to open for limited hours of the day, and I saw glimpses of the former Morocco, the way I remembered it; at least, I got to see Marrakech even though it was dramatically different now.

At the very end of my time in Morocco, the government began opening up the country. I was able to get permission to travel to the Sahara, and to pass through a few coastal communities.

Eventually, I was able to return home to NYC on a special flight, thanks to the help of many people.

The list of people who helped me with shelter, food, and comfort is endless. There is no way I will remember to include every person who was kind to me, but I will do my best.

There are many, many people who invited me to come and stay with their families, but since I was not allowed to travel around Morocco, I could not get to their homes, but I was touched and extremely grateful for their hospitality. There are far too many to list here, but I thank you.

I imagine I will constantly be updating this list each time I remember yet another kind soul who carried me through what was the most horrific experience of my life.

An experience that of course, turned out to be one of the most beautiful experiences I’ve ever been through.

The names and links of individuals, colleagues, and business owners who helped me to endure being stuck abroad during the pandemic physically, mentally, emotionally, financially, and spiritually are below, in alphabetical order.

I chose to list the names this way because each person and their act of kindness, no matter the amount of assistance, or the time they gave so generously, each has meant so so much to me.

From people who helped me with accommodations to my idol/ mentor whose words of encouragement when I was filled with shame at my situation lifted me, carried me out of my funk and despair, to the person who gave me their Netflix password; each one changed me in a profound way because of their compassion and kindness and love.

And to everyone who offered to help, I am eternally grateful to you all and hope to pay it forward in your name.

For the best accommodations, and more tips & tricks when traveling to Morocco, check out these popular articles below:

For more travel tips and tricks, and to learn about the world’s most romantic destinations, check out Love Lust or Bust!

This article was written by April Hope.

To learn more about her and her travels throughout Morocco and around the world, click here.