Polyandry, or Where You Can Marry Tom, Dick< and Harry 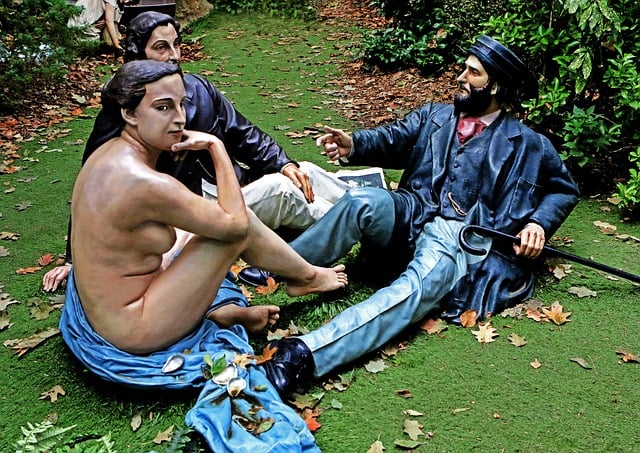 Sometimes I love being courted by an elegant, romantic man who whispers poetry in my ear with a French accent and brings me fresh orchid bouquets.

Other times I wish I was married to a gourmet chef who could whip up extravagant, decadent meals that you might find at a fancy, fine-dining establishment.

The thought of being with a best friend who makes me laugh all day makes me happy.

And of course, as a sapiosexual, I am usually incredibly attracted to a brilliant, educated, well-read man who I could listen to for hours.

And then there are those nights when I want; no, I need a dominant, alpha male to just throw me down on the bed and…well, you get the idea.

I get annoyed with men who talk about polygamy or polyamory, and I automatically label them, “afraid of commitment” or simply unavailable.

But what if I had been raised in a different culture? A society where it’s not only acceptable for women to have multiple lovers but encouraged? Would I? Could I? Dare I have multiple men warning my toes at night?

I love joking about the idea, but in fact, I’m not sure I would really want to have multiple husbands. But there are places where women do indeed still have more than one spouse.

Polyandry is the practice of one woman being married to multiple men. Although polyandry is a rare form of marriage that is found in only a few societies around the world, it does still happen.

While it is not widely accepted or practiced in most societies, it does have a long history and has been the subject of much study and debate.

Polyandry is found among the Massai people of Kenya, but it is not as common in this region.

In South America, the Bororo and Tupi-Kawahib tribes practice fraternal polyandry, and up to 70% of Amazonian cultures may have believed in the principle of multiple paternity.

One of the most well-known societies that practice polyandry is the Tibetan society, particularly among the Tibetan people in Nepal, parts of China, and northern India. For the Tibetan people in China and India who do encourage polyandrous marriages, two or more brothers may be married to the same wife, with the wife having equal “sexual access” to them. In some cases, the brothers may be half-brothers, with the same mother but different fathers. In other cases, they may be full brothers, with the same father and mother.

There are several reasons why polyandry might be preferred over monogamy in Tibetan society. One reason is that it allows families to keep their land and other resources within the family, rather than having them divided among multiple wives and their families.

In India, polyandry is practiced by several tribes, including the Paharis in the Jaunsarbawar region of North India, the Toda tribe in Nilgris, and the Nair caste systems in South India.

In these societies, polyandry is often seen as a way to manage resources within a family or community, such as land or labor. It is also a way to ensure the continuation of the family line and to strengthen social ties. This is particularly important in societies where land is scarce and resources are limited.

Polyandry is also seen as a way to strengthen social ties within a community. Having multiple men married to the same woman creates a network of relationships that can be beneficial in terms of trade, cooperation, and support.

There are tribes, particularly the Irigwe of Northern Nigeria, where women have had multiple husbands.

The men had separate homes and the women moved from house to house, living for a period of time with each spouse. The children’s paternity was assigned to the husband whose house the woman lived in at the time. Unfortunately for these lucky but busy women, this practice ended in 1968.

Despite the potential benefits of polyandry, it is not without its challenges and criticisms. One of the main criticisms of polyandry is that it can be harmful to women, as it may not allow them to have equal relationships with their husbands and may lead to feelings of jealousy and competition among the husbands. It can also be difficult for children to know who their biological fathers are, which can be emotionally challenging for them.

In addition to these criticisms, polyandry is generally not accepted or recognized by the governments of the countries where it is practiced. It is often not granted legal protections, and those who practice it may face discrimination and stigma.

Despite these challenges, polyandry has persisted in certain societies for centuries and is an important part of their culture and tradition. It is a unique form of marriage that challenges the traditional notion of monogamy and offers an alternative way of organizing relationships and families. While it may not be for everyone, it is an interesting and fascinating practice that continues to be studied and debated by scholars and researchers around the world.

Yes, there are pros and cons to this type of marriage, and most studies that have been done on polyandry focus on the benefits for extended families and for the community.

But rarely have I heard anyone talking about all that sex a woman is allowed to have by being married to multiple men. Perhaps because it isn’t as exciting as we might fantasize it to be.

What do you think? Would you like to have multiple husbands? I mean, in a way I can see the women being treated better because men do seem to love competition. If one husband is not treating you like a princess, worshipping you, well, you leave him in the middle of the night and go see your other hubby. Next time, he’ll step up his game. Just sayin’.