If you’re an adventurous traveler with a kinky alter ego, skip the Metropolitan and the long lines at the Louvre and do some real exploring at the sexiest museums around the globe.

Can I persuade you to ignore the Anne Frank followers and the boring Whitney wankers who ooh and ahh over the rich history of the Holocaust and the modern masterpieces of Warhol and Hopper, and hop on over to the neon entrances to some of the more scandalous sculptures and sketches?

For those of you traveling solo, who knows; maybe you’ll meet other like-minded adventurous types. It’s a great place for a first date to help you find out if your potential partner is fun and non-conventional. 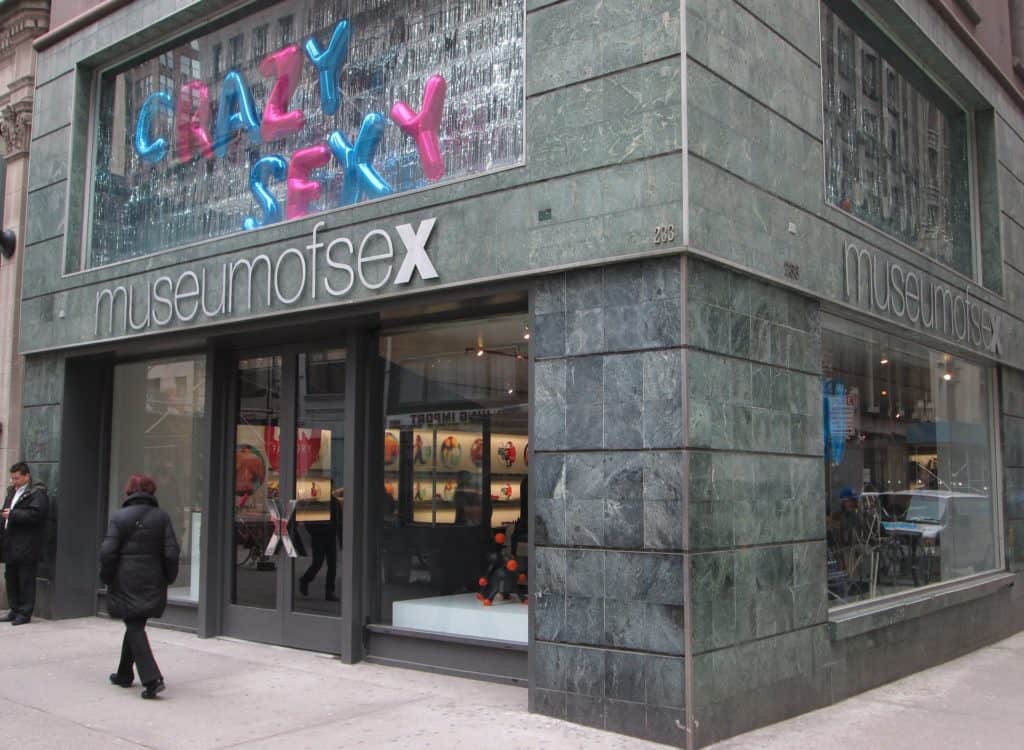 I went to The Museum of Sex when they first opened in 2002, and I found it a bit…boring. But everyone I’ve met who has been there raves about this place, so check it out for yourself.

Amsterdam has several risque museums but the world’s first and oldest sex museum was opened here in 1985.

The Museum of Prostitution

This museum shows tourists what it’s actually like to be, and to work in, a typical Amsterdam brothel. Located on the main street in the Red Light District between two brothels, the museum is in a building that was a working brothel previously.

Whether you go to be titillated, or to learn the truth about the world’s oldest profession, you’ll find out what it’s really like to be a working girl (or guy) standing behind the bright lights in underwear and lingerie.

There’s a special Confessions wall where visitors can post their own sordid stories as well, and if you choose to, you can stand in a window where you can see exactly what the ladies of the night do as the gawkers pass by, leering and jeering. 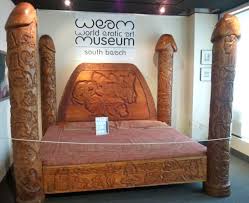 This museum for sex addicts and connoisseurs is painfully…small, but it’s a great diversion to escape the equally tiny, stuffed Speedos and thongs barely covering the tanned asses of European playboys prancing around on South Beach.

There is a nice bonus of LGBT sex and fetish sex art for those more open-minded patrons. 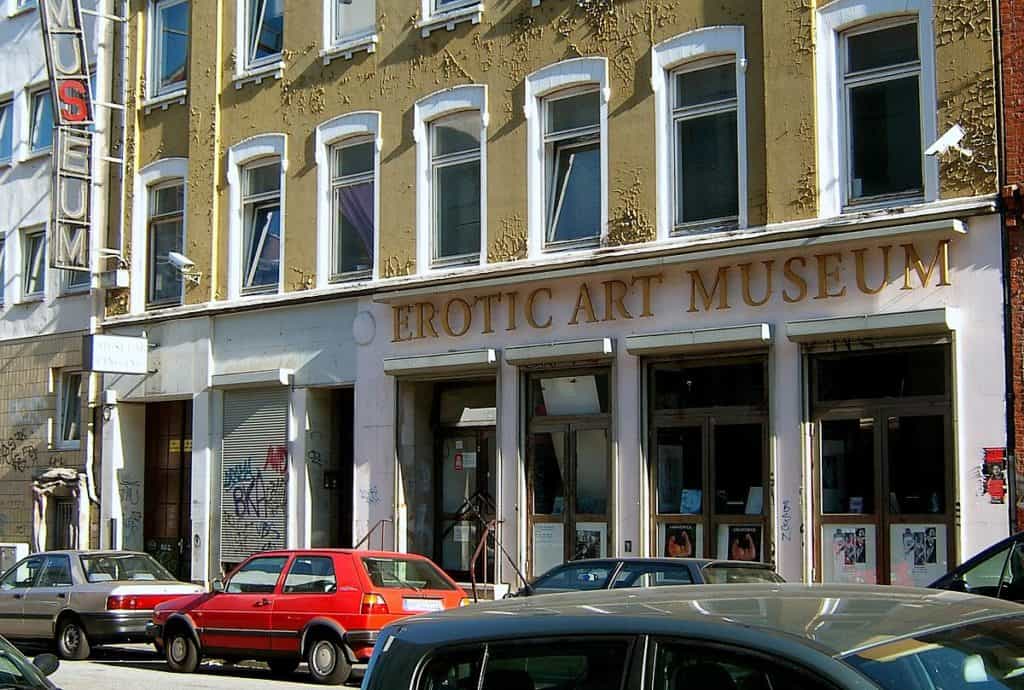 What else can you expect from Germany than not one but two museums filled with fabulous objects and items that will definitely thrill the more sordid hedonist in you? 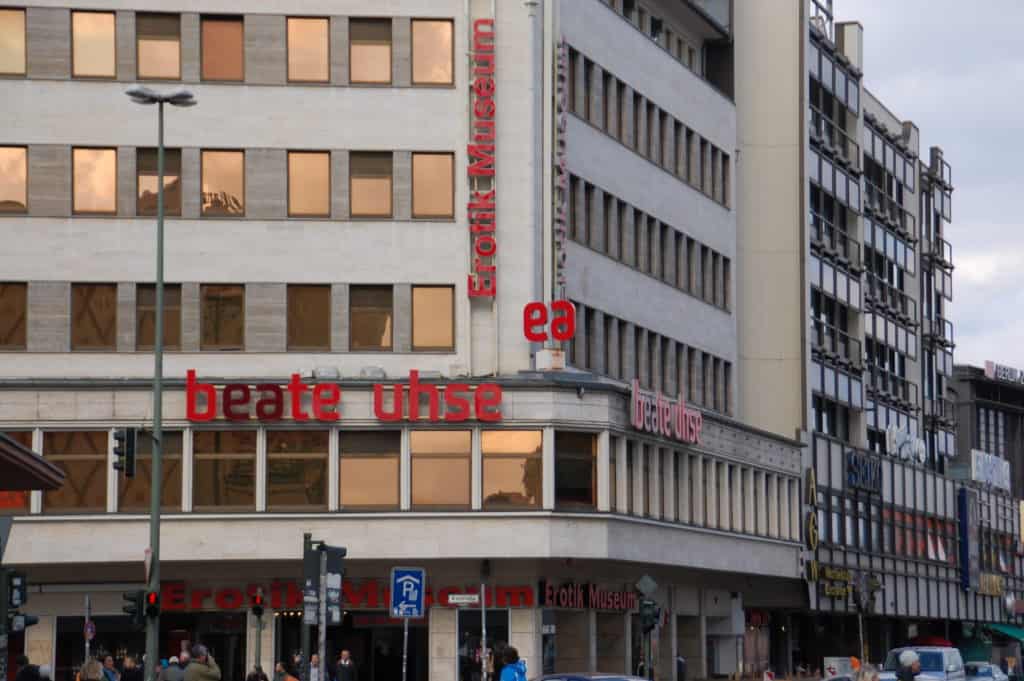 This museum is huge (I know, size does not matter, but it is lovely to have options) so be sure to check out this interactive museum that attempts to make sex education fun. Tons of exhibits, interactive games, films, and LED screens can make sex almost overwhelming.

Appliances, machines, and contraptions share the secrets of those who utilize several hundred different types of sex machines at this museum. Dear Prague, who knew you kept such dirty little secrets in such a quaint, charming old historical city?

Visit this museum for a look at various vibrators, chastity belts, and strange ways that people give and receive pleasure and ways they withhold orgasmic delights by exploring the art, films. and machines in this collection of kink.

I have started reading and i can’t stop reading because the stories are very interesting. I must say, the vivid description, choice of word, style of writing and the selected pictures go to garnished the stories . I must say am enjoying the stories and will continue reading. The information is a must consume.
I look forward to a day that we can be friends, close one and share chat on facebook or whatsApp.
Have a great day.

Thak you! To be honest, I was embarrassed by the giant penis pictures, but it was so funny I had to post them. I’m glad you’re enjoying the site.

Thanks! lol My mom hasn’t seen them, but I’m glad I can share them with people who appreciate them!

My brother suggested I might like this web site. He was totally right. This post truly made my day. You can not imagine simply how much time I had spent for this information! Thanks!

Thank you, I’m glad it was helpful.

Does anyone know if there is a good sex museum in NYC?

There IS a sex museum in NYC, but I was not impressed with it. However, I went a long time ago when they first opened, so it may have changed since I was there. In fact, I think I’ll take a trip there again soon. 🙂

Nothing more fun than a date with penis statues.

Well…I can think of a few things, lol! Thanks for reading the blog!

This has to be the sexiest date idea on planet Earth!

We don’t have places like this where I live 🙁

Alrighty then. I guess size does matter.

Or maybe just that it’s as hard as a rock. lol

I need to take my somewhat prudish partner to one of these places to loosen up.

This is better than a netflix and chill date. 🙂

Yeah…if only my “date” could have been a better conversationalist!

Expect to see me posting about these places the next time I go to Amsterdam, lol!.

I love Amsterdam, it is fun and crazy, but I was surprised that it was such a romantic city. Let me know if you go, I’d love to read your article!

The photos are hilarious! Keep writing posts like this, please.

Thank you for reading the blog, Don. 🙂

Wow, I didn’t even know places like this existed. Great idea for a crazy, fun date.

I was there with a female friend, but one day maybe I’ll go back with a partner.

I’m going to check some of these out. Thanks!

I went with a female friend, but it’s a great date activity, too.

There is also a good museum about penises in Reykjavík,Iceland. Been there. Best museum on the island.

I have heard about it! I will go someday, maybe on a girl’s trip, or for a bachelorette party! Have you been to it?

Tea and Cake for the Soul

What a great fun article, definitely something to add to a tour itinerary.

April Hope
Author
Reply to  Tea and Cake for the Soul

I’m so glad you enjoyed it. Thanks for reading 🙂

special museums that i see. it great .

They are crazy museums, but it was fun. Thank you for reading the blog!